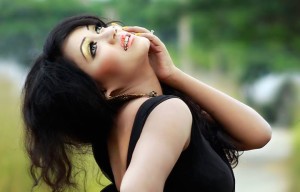 Are you one of those people think themselves as handsome and are waiting girls to approach you? Are u serious??What sort of girl are you waiting for to come in your life?
Definately playgirl would act that foolish.
Good looks are best thing for first look attraction but after that all that plays best part is your conversation skills.We walk on the road and see many couples with good guy+not beauty,beauty+not hancy and blah blah.No. 1 cause for this mismatch may be guy being rich and rest all reasons are conversation skills.There was one famous quote”you won’t even know when u fall over humorous guys”People with good humour are capable of grabbing enough attention and girls are more likely to fall over them.
One of my female friend says”reason behind handsome guys not getting girls is their too much of ego and they are not ready to let it go”.Yap seems true a girl cannot be happily be in relationship who has ego of thinking himself the handsome and he has no shortage of girls if he chooses to leave her,actually such guys tend to have very fragile relationships.It often hapens in collge most of the girls secretely admire a guy but guy is still single,he never happens to have girlfriend throughout his college life.Reason is simple,those who secretely admire him are too shy to approach him and they wait for guy to make move and as we all know GUY IS HANDSOME,he is waiting for girl to approach him,afterall she is the one who is attracted so she must approach.And the stone remains unturned.Treasure of Love seems unreachable for both parties.
And yes gorgeous girls are comparitively more demanding than ugly girls,not so gorgeous girls are funny,open and yet same time they have feeling of sacrifice to keep relationship alive so that definately helps having calmer relationships.So relationships with one of the partner not so awesome in looks are comparitively more sucessfull.
Moving back to topic once again,why does handsome boy fail to get girl and on this regard my fren talked about problem faced by 22-27 age group boys.”This is the age where they just kick start their career but on the otherside it is already an age to get married in case of girls.So while they are focusing on careers and living the girls just keep on sliping and moreover those hot and beautiful girls of similar age eventually marry rich and filthy guy(maybe more precisly fat and bald ones).So it needs really a handsome and lucky guy to get girl of her dream.”
Through internet research I found that both in case of girls and boys they are easily attracted to partner who are outgoing,talkative and funny,but as u go on meeting more of such people you may finally end with calm partner just like you.
So the topic “why handsome guys don’t get girls” is just a hypothesis.Our city life has transformed meaning of love and it is now taken as something to show off.So everyone is chasing handsome guy or hot gf but once u set in search of true love no such hypothesis will halt you from approaching partner of your dream.You can wait for day to come or just try ur luck at once after seeing someone,good conversations can surely get u to an affair and lack of expresssing confidence will leave you as secret admirer.Girl are always attracted to secure future and boys are always attracted to decent girl so those girls who get boys by dressing hot will more probably end with another rich guy.   Source: poudelprakash